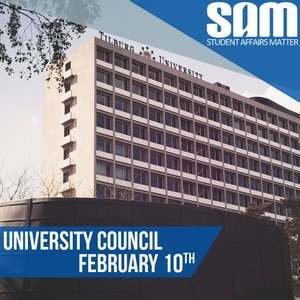 On 10 February, the fourth University Council of the academic year, and the first of 2017, took place. Many documents had already been extensively discussed in committee meetings, the report of which can be found here. In the University Council, SAM has once again clearly expressed its opinion.

The first part of the meeting was the Tilburg Education Profile, more specifically the vision and implementation of TOP. The vision received much appreciation from all groups. We are pleased that the Board has responded to our initiative: it will be possible to do an internship for credits! In order to implement this at every faculty, we have put forward a new idea to make internships for credits also possible in the summer. This was well received. We have also emphasized that a good cooperation with study associations is necessary, and the Board has promised that a new working group will be formed to monitor this cooperation. Furthermore, we have enforced that extracurricular activities will not be compulsory but will be a choice for the student.

The next piece was The E-portfolio. This portfolio caused a lot of confusion among all the groups, and so did we. A portfolio can meet a need of students, but with this current proposal it is not clear how the currently chosen solution does this. Students are given the opportunity to integrate their study results into their LinkedIn profile via a LinkedIn button. Because we are of the opinion that this offers little addition and we believe that the portfolio should also integrate extra-curricular activities, we want to enter into discussion with the Board in the coming period to create more clarity about the further interpretation of the portfolio. The document has therefore been postponed to May on the initiative of the entire Board.

Tilburg University will participate in the flexstudy experiment, partly on the initiative of the student groups. Flex study means that entrepreneurs, top sportsmen and family carers can pay per subject, with a minimum of 30 ECTS. SAM believes that stimulating side activities alongside the study can contribute to a more accessible education and a better connection between society and the university. We have expressed our concerns about the informal carers, because we have doubts about the flexibility of the proposal. Thanks to these concerns, the Board will investigate whether it is possible to include informal carers in the profiling fund as well, so that this group itself has the choice of opting for reimbursement or flex-study. The rules for enrolment in the second semester have also been clarified. Tilburg University will probably be the only university that participates in the flex-study experiment. SAM is very curious to see how the pilot will run.

A second argument ensured that the compensation for delays in exceptional circumstances will not be reduced in the profiling fund. Because the basic grant will be abolished, a new guideline should be drawn up for students who are delayed due to special circumstances. Last academic year, the Board presented a proposal of 200 euros, which SAM did not agree with. Now there was a proposal of 250 euros, but SAM has indicated that it still does not agree to tax this group of financially weaker students even more, while the budget from Tilburg University remains the same. This has been positively received and therefore, thanks to our argument, the fees will remain at 290 euros. In addition, SAM has made a proposal to index the government grants and this will take place annually from now on!

In the field of language policy, it is clear that Tilburg University wants to move towards more English, when this is appropriate in the field. SAM has emphasized that the English of teachers is a prerequisite for good education. For this reason, we have insisted on an English test as an entrance requirement for entering the lecture hall. The results of this test should also be properly taken into account in the HR policy. 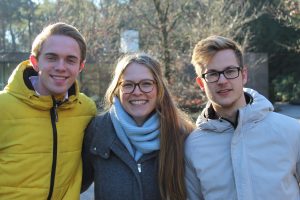 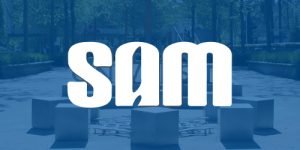 Two years ago, Student Party SAM handed in an initiative asking for the possibility of the availability to get menstrual products on campus, without costs. Research shows

Student Party SAM ensures that all students of Tilburg University can fulfill their ambitions.

Doing a board year